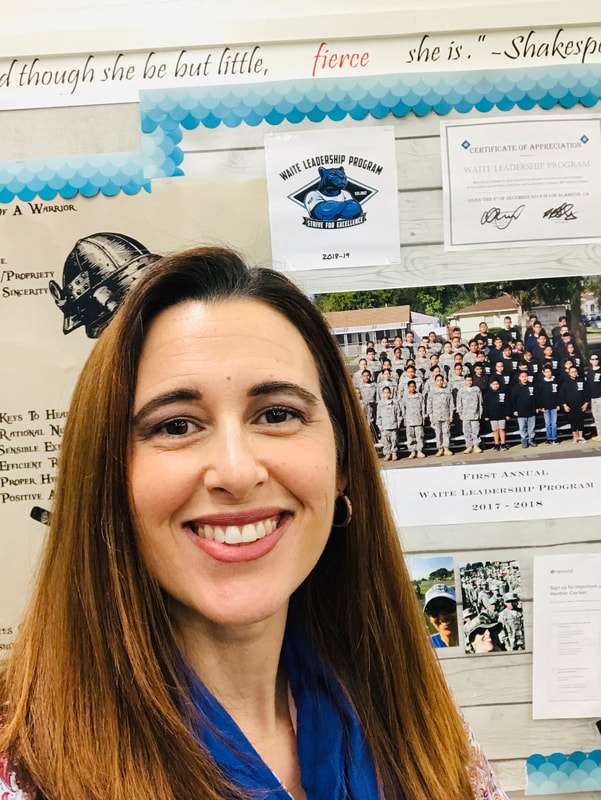 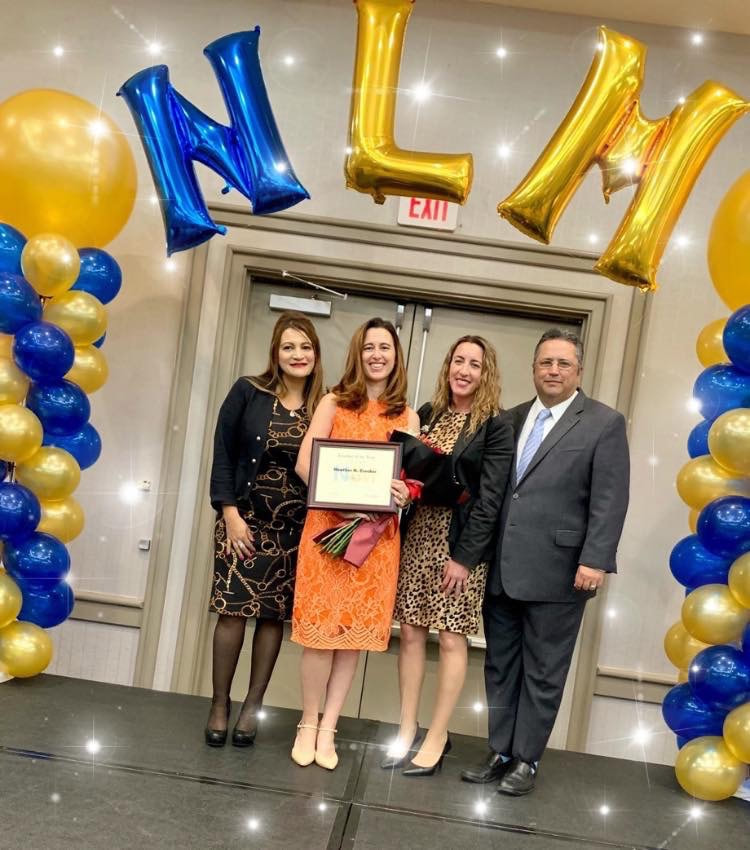 Heather Crocker is the Coordinator of the Waite Leadership Program.  With her passion for education, it shows through her work of founding and developing this program into what it is today.. She has been an educator in the NLMUSD for over a decade, but her career in education started 14 years ago. Mrs. Crocker started teaching at a small private school in Norwalk, then after completing her teaching credential at Biola University she started her public education career at Corvallis Middle School. After one year, an opportunity arose at Waite Middle School and she has never looked back. Prior to her teaching career, she was a marine biologist and worked at the Aquarium of the Pacific.
In 2017, Mrs. Crocker was awarded Teacher of the Year at Waite for her efforts in creating and building the WLP. She was also a finalist for district teacher of the year, above all other middle school teachers in the district. During that time, Mrs. Crocker went back to BIOLA to achieve her Masters degree in education, using the WLP as her focus for her thesis. In 2019, she achieved her goal in earning her MA Ed.
Mrs. Crocker is married to her soul mate of 23 years Matthew Crocker and she is a proud mother of two kids, Brittany  and Casey.
Command Sergeant Major (CSM) Damon Oliver 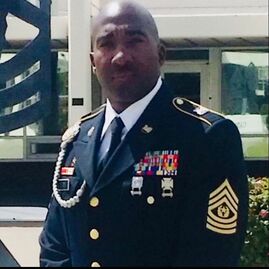 Command Sergeant Major Damon Oliver enlisted in the California Army National Guard in October 1993. He received his Basic Training and Advanced Individual Training at Fort Knox, Kentucky and graduated as a small wheel-vehicle mechanic. He has deployed in support of K-FOR in 2004-2005, Operation Iraqi Freedom in 2008-2009, and then Qatar for Operation Spartan Shield.
CSM Oliver assumed responsibility as Command Sergeant Major for the 578TH Brigade Engineer Battalion in May 2018. Before taking his role as the CSM, he was the Operations Sergeant Major, 1-143D FA Battalion. On the civilian side, CSM Oliver works full-time as a Military Regional Liaison Manager for a staffing firm in Orange, CA.
CSM Oliver’s awards and decorations include the Meritorious Service Medal, Army Commendation Medal, and the Army Achievement Medal.
He has attended every level of the Noncommissioned Officer Education System, completed the Master Trainer Course, and is a graduate of the University of Maryland, University College, where he earned a Bachelor of Science degree in Social Science.
CSM Oliver is married to his soul mate of 18 years Heather Rivers-Oliver and he is a proud father of three kids, Brittney, Damon, and Kaley. 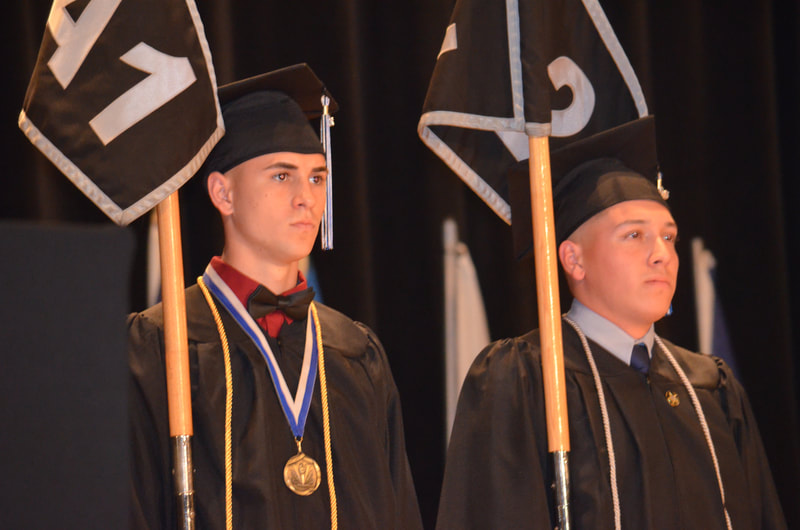 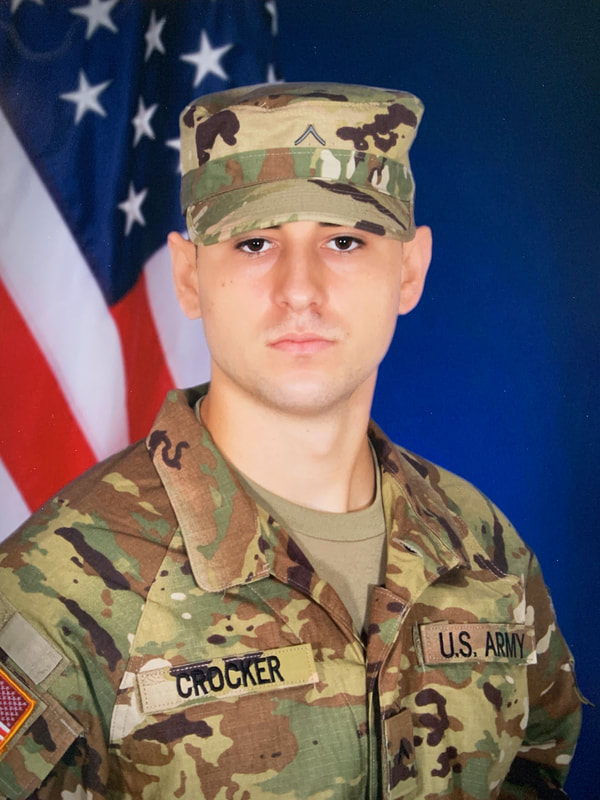 PFC Casey Crocker is an alumni of Southeast Academy High School, Class of 2018. Casey has been working with WLP since the fall of 2019. Under his tutelage Jr. Cadets learn the SEA ways. Casey has a dream of being a career soldier since he was a boy. He attended AIT training at Fort Benning, GA as an infantryman in the CA National Guard in 2020. PFC Crocker's awards and decorations include the Army Achievement Medal.  He just recently went on deployment to Europe and will return next Fall.